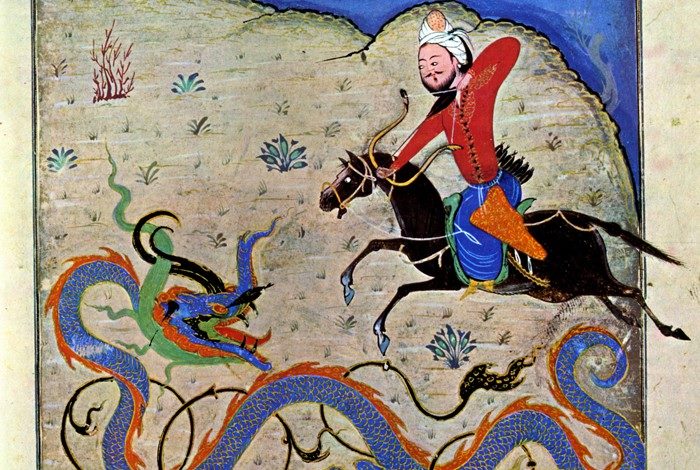 A self-styled “dragon hunter” went into the mountains to trap a dragon. He searched all over the mountains and at last discovered the frozen body of an enormous dragon in a cave high up on one of the tallest peaks. The hunter brought the body to Baghdad. He claimed that he had slaughtered it single-handedly and exhibited it on the bank of the Euphrates.

Thousand of people turned out to see the dragon. The heat of Baghdad sun started to warm up the dragon’s frozen body, and it began to stir, slowly awakening from its winter hibernation. People screamed and stampeded, and many were killed. The hunter stood frozen in terror and the dragon devoured him in a single gulp.

Your lower self is like a dragon, a servant tyrant.

Always keep your dragon in the snow of self-discipline.

Never carry it into the heat of Baghdad sun.

Let the dragon of yours stay always dormant.

If it’s freed it’ll devour you in one gulp.